We, the participants of the International congress Juri Lotman’s Semiosphere, from 37 different countries including Russia and Ukraine, demand the immediate cessation of the war against Ukraine.

The internationally renowned academic Juri Lotman was born in Russia exactly 100 years ago, and for most of his life he worked as a professor at the University of Tartu in Estonia. He was a veteran of World War II and saw the horrors of that war with his own eyes.

Lotman thought a lot about the unpredictability of history: the course of history seems deterministic only in retrospect, whereas in fact there are “momentous moments” when the course of events is determined by people’s free choices and cooperative actions. Today is one of those moments when many historical destinies depend on our solidarity, on the will of all nations: the fate of Ukraine which chose the independent path of democracy; the fate of Russia whose people deserve more than the shameful reputation of an aggressor nation; the fate of the entire world, which should quickly douse the flames of war and prevent its spread into other countries.

We, the scholars in the humanities, call on everyone to do everything possible to stop this bloodshed. It is upon ourselves that the responsibility lies on what kind of a future we will choose.

Merit Rickberg – 1 Minute Lecture: How to think of change like Juri Lotman? 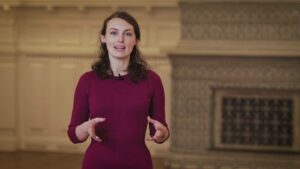 Ljubov Kisseljova, Professor Emeritus of Russian Literature at the University of Tartu talks about Juri … 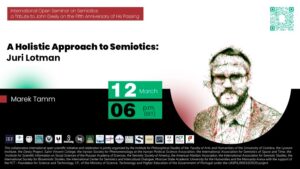 In a way, it is possible to present culture as a structure which, submerged in a world external to itself, draws this world into itself and expels it in a re-elaborated form (organised) according to the structure of its own language